What is a Cervical Epidural Steroid Injection?

Between 50 and 80% of adults will experience some form of neck and back pain over the course of their lifetime. Specifically in terms of chronic neck pain and cervical radiculitis, the treatment of choice has been cervical epidural steroid injections.

This treatment is highly regarded as a quick, effective treatment for reducing or eliminating cervical nerve pain. In fact, most patients are able to benefit from the injection’s immediate effect of reducing their pain. These patients are able to almost immediately resume daily activities. One study reported that in nearly 75% of the sample experienced, there was a 50% improvement in daily functioning following treatment.

Cervical radiculitis, a condition commonly treated using cervical epidural steroid injections, is caused by an increase in pressure on the nerves located in the neck. In addition, these nerves become irritated as they exit the spinal canal. The pain, which begins at the cervical spinal nerves, then radiates through the nerves as they extend out from the spinal canal. This results in feeling as though the pain is radiating down the patient’s arm. Numbness and weakness associated with the pain may also occur. 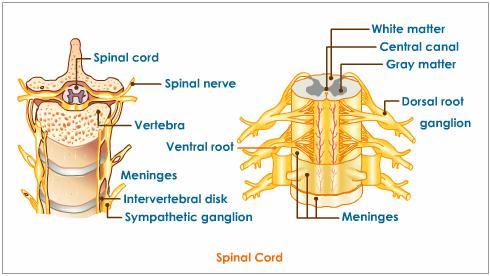 While the precise mechanisms of action are largely unknown, it is primarily believed that steroid injections serve to reduce nerve pain through their anti-inflammatory effects. Indeed, steroids have other properties beyond the anti-inflammatory characteristics that also likely play a role in their effectiveness. For example, steroids stabilize nerve membranes and inhibit the conductance of ions, both of which are also viable explanations for the relief of pain symptoms.

A recent meta-analysis examined the effectiveness of the cervical epidural steroid injections over the course of the last ten years. Findings from this study echo previous work supporting the use of steroid injections for managing pain.

Long-term effects of cervical epidural steroid injections, however, are not as clear. Some patients have experienced long-term benefits from the injection, while others have not. Given that these injections are safe, patients who did not enjoy long-term relief from their pain are able to receive multiple treatments over the course of a year for managing their pain.

How is a Cervical Epidural Steroid Injection Performed? 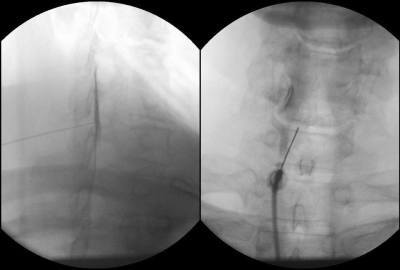 Within the spinal canal, the spinal cord is surrounded by the cerebrospinal fluid (CSF), which acts as protective padding for the nerve bundle of the spinal cord. The spinal cord and the CSF are held in place within the spinal canal by a durable membrane. The cervical epidural steroid injection is given in the epidural space, which is the area just outside of this membrane. Only topical anaesthetic is used on the surface of the skin prior to the injection. Using an x-ray as a guide for proper placement into the epidural space, the physician inserts the needle into the vertebrae. Contrast dye is used to test for proper placement of the needle prior to injecting the steroids, as well as appropriate distribution of the solution within the area of interest. Once proper placement has been confirmed, the physician administers the steroids. Moreover, steroids are administered only in areas with the most inflammation. This reduces the amount of exposure the patient has to the steroids. 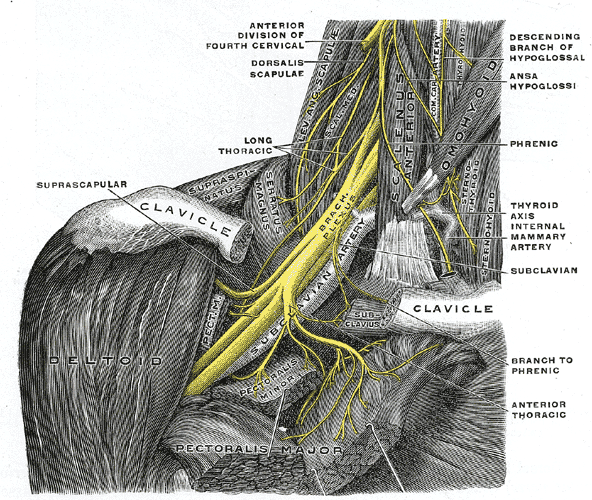 Steroid injections are commonly utilized among anaesthesiologists for the treatment of nerve pain near the head and neck resulting from compression of the nerve fibers. Other conditions that are also treated with steroid injections include:

Cervical epidural steroid injections are a quick and relatively painless treatment for nerve pain associated with the compression and irritation of the nerves near the neck. These nerves extend out from the spinal canal, which causes the pain to feel as though it is radiating down the patient’s arm. Steroid injections are believed to be effective due to their anti-inflammatory qualities but the literature is still unclear. Many patients who receive the steroid injection are able to feel immediate relief from their pain and return to their daily lives.